Back to all posts

Adam Ondra and the movie "Change" 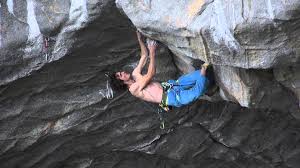 A couple of years ago I was lucky to be introduced to a brilliantly gifted filmmaker, Petr Pavlicek. He was shooting a documentary about his good friend Adam Ondra, THE best climber in the world(yeah, really!). Some of my music was used in the movie, which turned out to become a fascinating 2 hour long story about Adams obsession to climb one of the most difficult boulder-routes in the world. (By the way, it´s in my neighbourhood).

A teaser for the movie was released a year ago. It contains a song of mine, "Dream On" which is still "under construction":

Petr has also created his own homepage where he shares his works with the rest of the world. Have a look at it: